I have a few servers running, but they are all external to me, as they are placed in a data center, so my own computer aren't joined to the domain.

This haven't been a problem before at all. So the other day one of my friends asked if I could host a TFS Project for him on my server. No problem, so I created the user in the DC, created the project and the last thing to do was just to add him to the project so he would have access to it, and then the problems started. As my own computer was not part of the domain, I could only add local users, from my own computer. I hadn't been a problem before as my user was “TFS Administrator” so I had access to all projects.

So I started binging/goggling the net, but to no avail. I was puling my hair out … ARGHH.

Then I decided to ask a question on serverfault. Is was slow with comments in the start, but there came a few, but they didn't not really help me much.

So I thought it was not possible at all, and a BIG #FAIL by Microsoft.

Then a user come with an interesting comment you can read here.

So I started looking around again as I could not make his suggestion work, probably because I did something wrong since it worked for him. But when jumping around in the “Team Foundation Server Administration Console” I found what I had been looking for all the time. Not the first place to look … but here are the details needed. 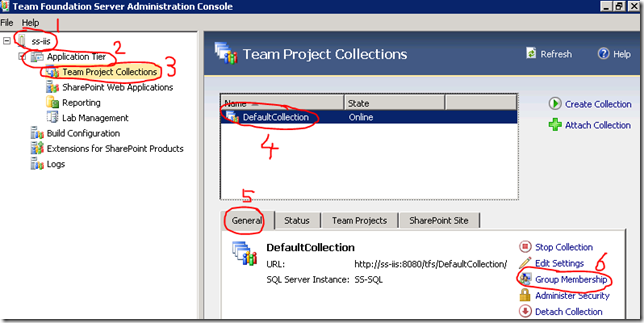 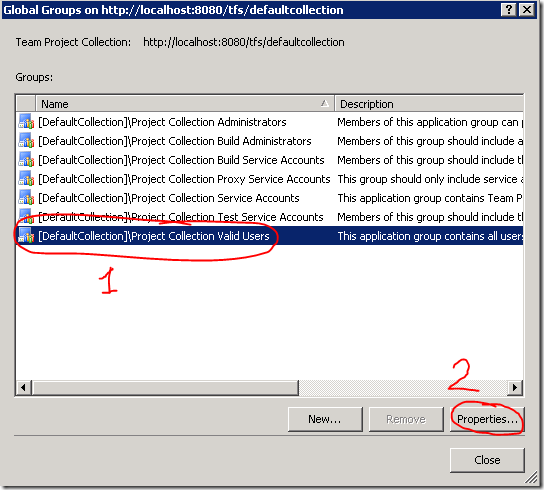 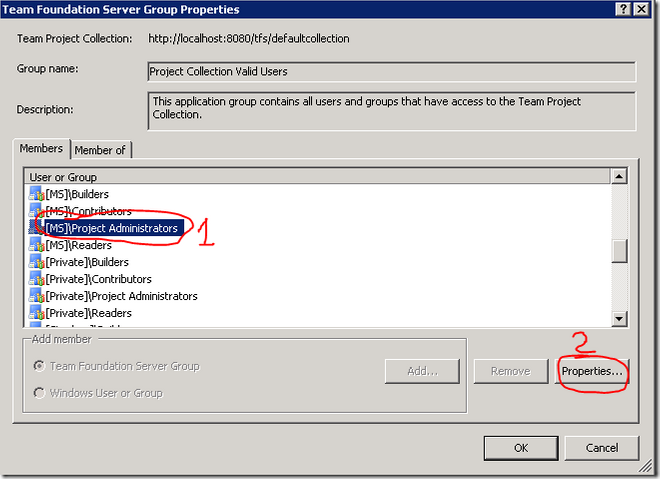 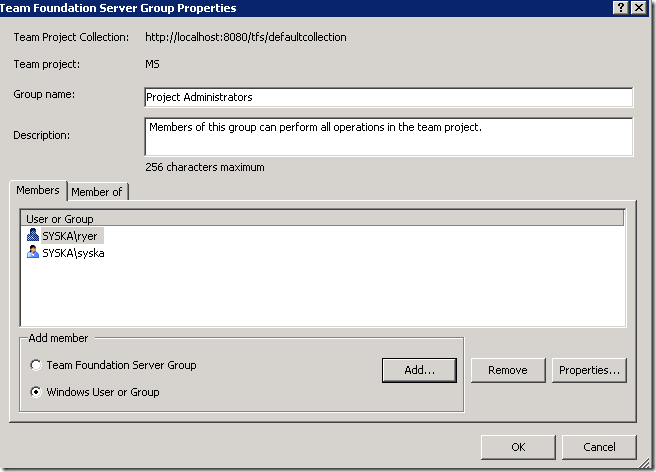 The rest for here should be like a walk in the part. God darn this is a well hidden feature that its done from the “Valid Users” properties on the group. But is was here.